Get fresh music recommendations delivered to your inbox every Friday.
We've updated our Terms of Use. You can review the changes here.

The Future of Adult Entertainment

by Jackie and The Treehorns 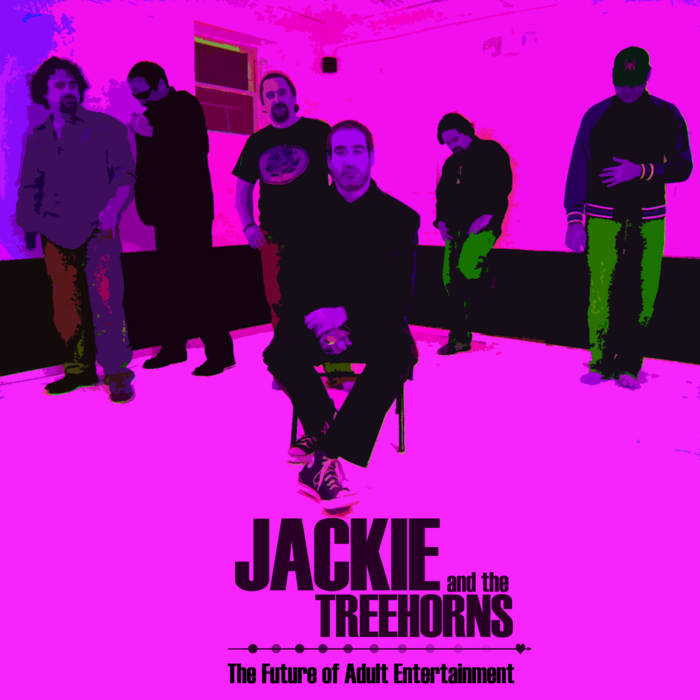 What People Are Saying:

“I have heard the voice of G-d, and Jackie makes his voice sound like s**t” -- Moses

“If I had known this was going to come out of DC I would have stuck around longer.” -- G.W. Bush

“My ears will never be the same.” -- Vincent Van Gogh

“This music makes me rethink my sexuality.” -- Hugh Jackman

“I was going to go out and buy the new iPhone, but now I’m just going to download Jackie’s album 400 times” -- Annoymous Blogger

“Jackie is what Willis was talkin’ ‘bout.” -- Arnold Drummond

“Jackie does what Omar never could--put sweat on my brow.” -- Brother Mouzone

“The Treehorn’s music hurts so good.” -- John (The Coug) Mellencamp

“Look, they said Jackie coulnd’t do it, they said he was uninspired. Well folks, we now have hope.” -- President Obama

“It’s like someone took Johnny B. Goode, I Want To Hold Your Hand, Satisfaction, Blowing in the Wind, Purple Haze, Stairway to Heaven, Layla, God Save The Queen, Ziggy Stardust, Sunday Bloody Sunday, Born To Run, Purple Rain, Loosing My Religion, Smells Like Teen Spirit, Seven Nation Army, OK Computer, My Humps and Oops There It Is, and put it into one piece of music. Absolutely incredible.” -- Click Livingston

“This makes me prostate with fear.” -- Tony Soprano

“I might have to steal some of these beats.” -- Puff Daddy

"This guy wanted 6% ownership of the New York Yankees as a bonus for signing with us. We were like, who in the hell does this guy think he is? Bob Dylan? A-Rod? F**k Jackie." -- Jake Goodman, Asst. to the Traveling Secretary's Secretary, US Virgin Records.

Recorded over the lifespan of Jackie. (Rip The Knob Off Music/SESAC)

Jackie and The Treehorns Washington

A power trio rooted in the basic tenets of rock, Jackie and The Treehorns create music from just outside the nation’s capital in Alexandria, VA and just outside the mainstream. Formed in 2009 and fronted by Steven Rubin under the guise of an altered ego (Jackie) and his band (The Treehorns) the group fight to keep the flames of the rock and/or roll fire lit with inspired original inventiveness. ... more

Bandcamp Daily  your guide to the world of Bandcamp